The 30 Top Most Romantic Songs of All Time

What makes romantic songs memorable? Is it the singer professing feelings, asking a love never to leave, or making a plea for love?

Choosing the best and most romantic songs to sing can be challenging because music speaks to people in different ways. What one person may think is the most romantic song ever may not even be on the list for someone else.

We took a more practical approach to choosing the best romantic songs by looking at popularity, staying power, and the artist's overall success. If you're looking for the right set-list for a night in, or Valentine's weekend retreat, consider some of these romantic songs. We've also included links to the sheet music for each song.

Classic songs are those that everyone knows. They have catchy music or hard-hitting lyrics that resonate generation after generation. We found 15 classics that we think are hot romantic songs, presented in no particular order.

"Can't Help Falling in Love" was sung by the King of Rock 'n Roll, Elvis Presley, who released it in 1961. Hugo Peretti, Luigi Creatore, and George David Weiss wrote this hit.

The Beatles released "Something" in 1969. The song is the creation of the "quiet Beatle," George Harrison. Oprah Magazine ranks this song as number one on its list of the 50 Best Love Songs, saying it is one of those songs that put you in a romantic mood.

"Woah, my love, my darling
I've hungered for your touch
A long, lonely time"

In 1965, The Righteous Brothers hit the charts with the unforgettable hit, "Unchained Melody." There are various versions of this song, written by Alex North and Hy Zaret, but we prefer this one.

The song that put Etta James on the top of the charts in 1960 was this romantic tune, "At Last," written by Mack Gordon and Harry Warren. 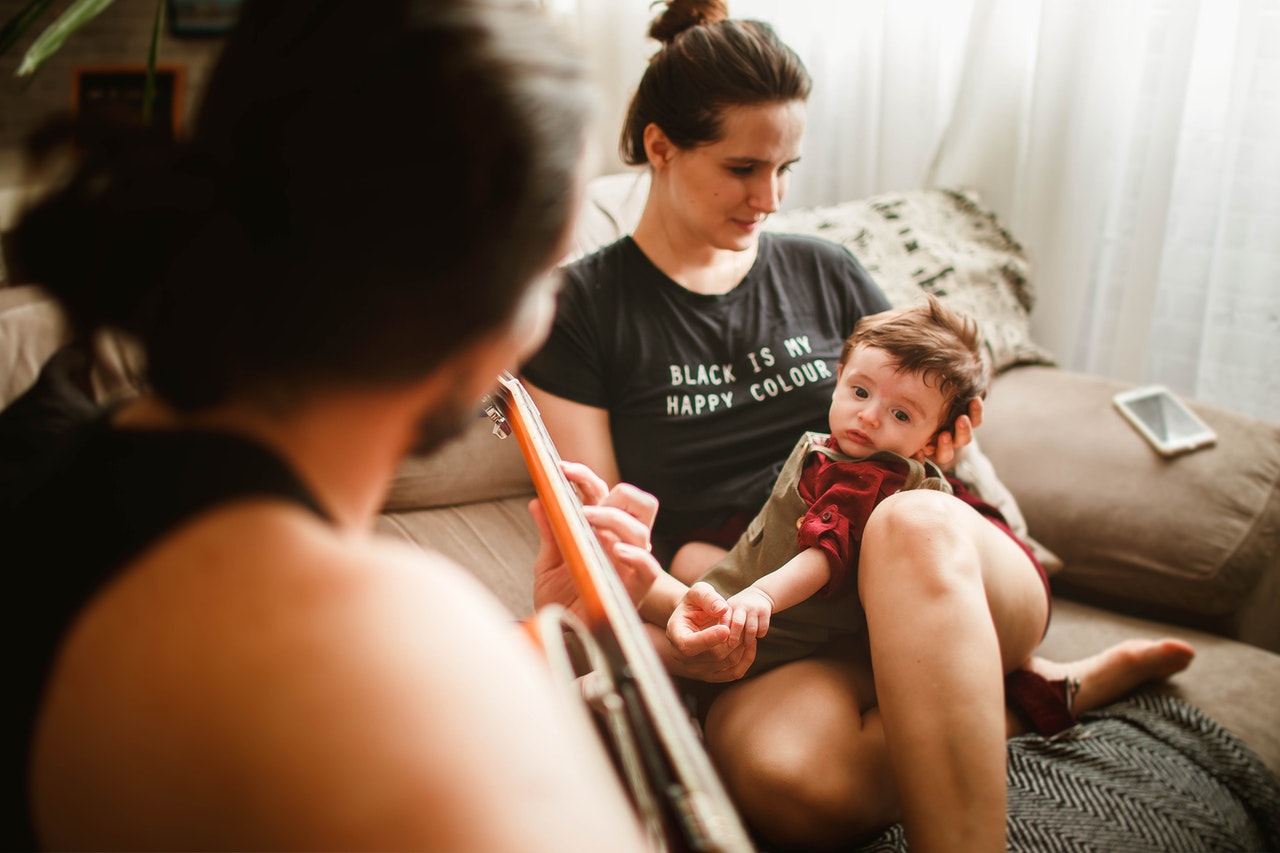 "I don't need no money, fortune, or fame
I've got all the riches baby one man can claim"

The Temptations released "My Girl" in 1965. Smokey Robinson and Ronald White penned this classic that is as catchy as it is sweet.

"Oh girl you stand by me
I'm forever yours, faithfully"

In 1983, Journey put out "Faithfully," a powerful song written by Jonathan Cain.

"I Don't Want to Miss a Thing" was part of the soundtrack for the movie "Armageddon." The song became a massive hit after its 1998 release for Aerosmith and writer Diane Warren.

"You're here, there's nothing I fear
And I know that my heart will go on"

Perhaps the biggest release from Celine Dion was "My Heart Will Go On" in 1997, written by Will Jennings and James Homer. It was the theme song for the movie "Titanic."

9. When a Man Loves a Woman

The early 1990s was a great time for Michael Bolton, who sang "When a Man Loves a Woman." Written by Calvin Lewis and Andrew Wright, the song came out in 1991, and women everywhere swooned.

"There's nothing wrong with me
Loving you, baby no no
And giving yourself to me can never be wrong
If the love is true, oh baby"

Nothing says lovin' time more than the deep and sensual voice of Marvin Gaye. Gaye does the perfect job on this song he co-wrote with Ed Townsend. "Let's Get It On" first hit the airwaves in 1973.

"I don't need no money, fortune, or fame
I've got all the riches baby one man can claim
Well, I guess you'd say
What can make me feel this way
My girl, my girl, my girl"

If you like upbeat romantic songs, then "My Girl" is the perfect song for you. It was a huge hit for The Temptations in 1965 and another chart-topper for writers Smokey Robinson and Ronald White. 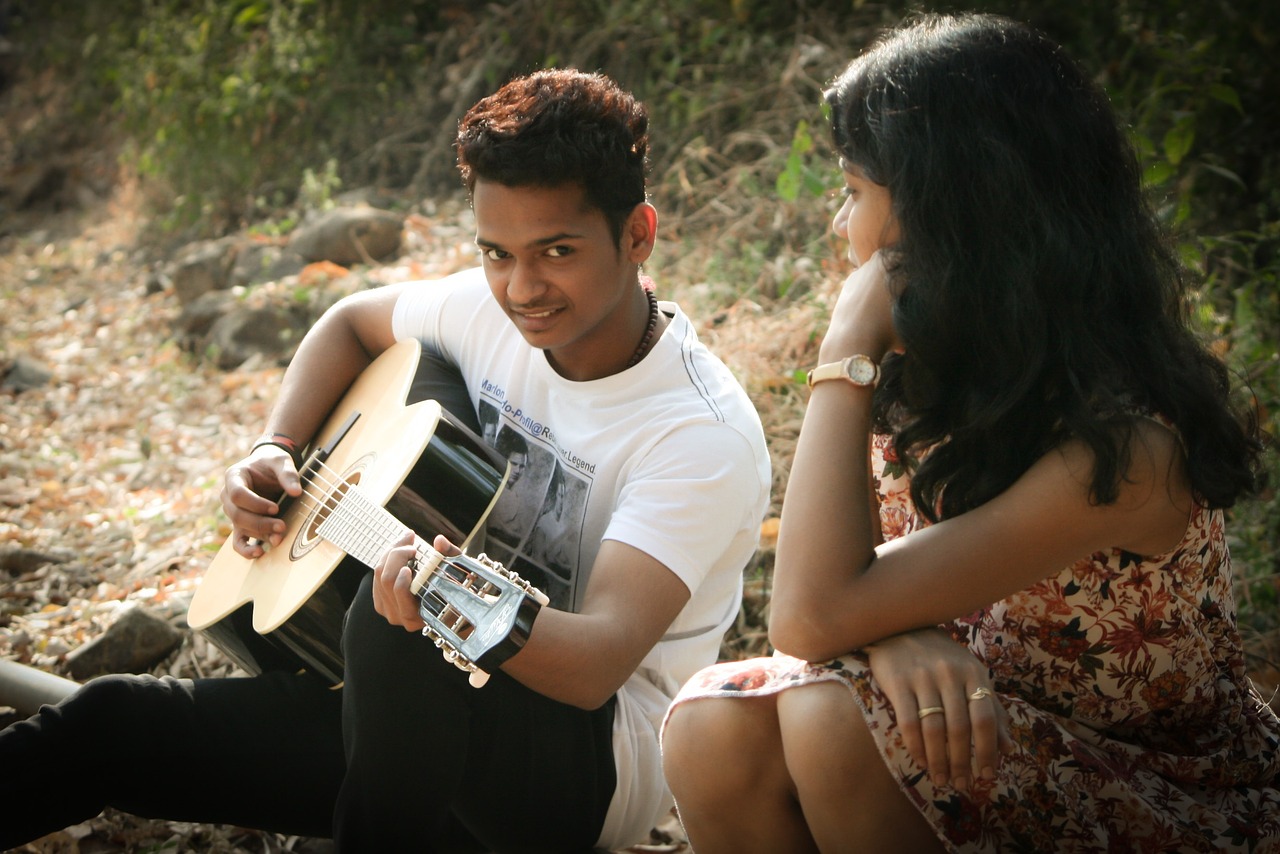 The 2000s have put out some quick hits in the romantic song category. While these songs don't have the age on them that the classics do, they are still hitting the right notes for those searching for the best love songs. Here's our list in no set order.

"Darling, just hold my hand
Be my girl, I'll be your man
I see my future in your eyes"

Ed Sheeran does a superb job capturing emotions, especially love, in his songwriting. "Perfect," the song Sheeran wrote and released in 2017 is not his only song on our list.

Another from Ed Sheeran, "Thinking Out Loud," came out in 2014 and was a collaboration for the singer-songwriter with Amy Wadge.

A chart-topper for Beyonce in the early 2000s, "Halo" is the work of the singer along with Ryan Tedder and Evan Bogart.

"Can I go where you go?
Can we always be this close forever and ever?
And ah, take me out, and take me home
You're my, my, my, my
Lover"

Released in 2019, "Lover" was one of the rare Taylor Swift songs about being in love and not losing it. It's a true reflection of the singer-songwriter's happy love life at the time.

"Holy" came out in 2020 and was the product of a large writing team, including Justin Bieber, Chancelor Bennet, Anthony M. Jones, Jon Bellion, Jorgen Odegard, Micheal Pollack, Steven Franks, and Tommy Brown. Bieber sang the song with help from Chance the Rapper.

9 R&B Romantic Songs That Help You Find Your Groove 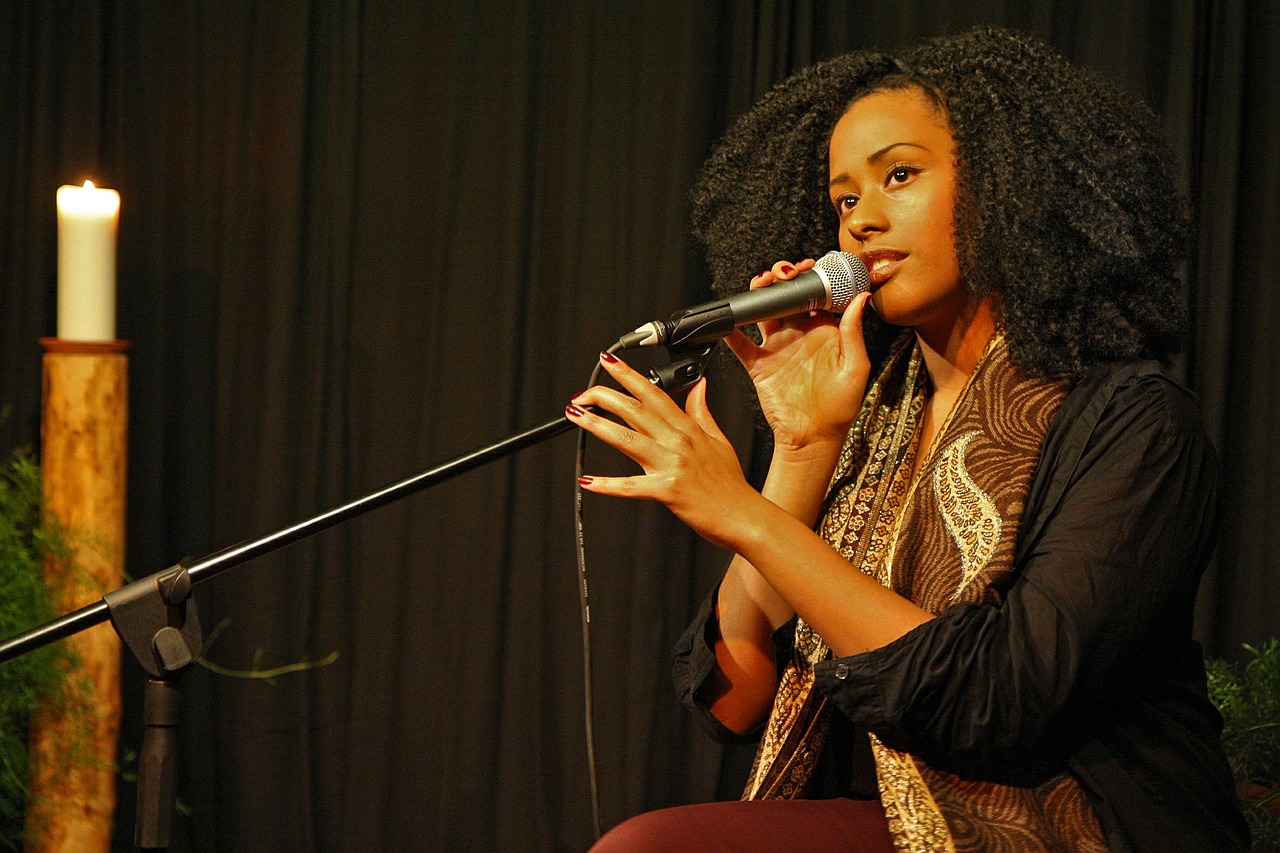 R&B music makes us think about smooth harmonies and deep basslines. It gets into your soul and speaks to you, which means there are plenty of R&B hits to add to our list in no particular order.

Keith Sweat wrote "Nobody" with Athena Cage, who also helped with vocals. This 1996 bop is a little suggestive, but it hits all the right love notes.

While SWV hasn't really withstood the test of time, their song, "Weak," sure has. Written by Brian Alexander Morgan, the tune came out in 1992.

If a contagious beat is what you need, then "You're Makin' Me High" by Toni Braxton is just what you need. Released in 1996, the song is a work of Kenneth Edmonds and Bryce Wilson.

"Last Night" is a very sultry song with lyrics that may make you blush. When Az Yet gets into the chorus of this 1996 hit showcases the mood writers Keith Andes and Babyface wanted to set.

If you want a glaring love song that lays it all out there, then the 1994 song "I Swear" by All-4-One is the perfect choice. Gary Baker and Frank J. Myers wrote the ballad.

Nobody seems to be able to belt out a tune while masterfully pounding out a melody on the piano like Alicia Keys, who sang and co-wrote this song with Kerry Brothers Jr and George M. Harry. Keys released "No One" in 2007.

"Pour the wine, light the fire
Girl your wish is my command
I submit to your demands
I will do anything,
Girl you need only ask"

If this list was in popular order, then "I'll Make Love to You" by Boyz II Men would probably be at the top. It was number 2 on Billboard's top 50 love songs of all time. The song is another work from Kenneth "Babyface" Edmonds.

"One, you're like a dream come true
Two, just wanna be with you
Three, girl, It's plain to see
That you're the only one for me, and
Four, repeat steps one through three
Five, make you fall in love with me
If ever I believe my work is done
Then I'll start back at one"

Brian McKnight released "Back At One" in 1999. The singer also wrote this tune that is all about a man making his woman feel special no matter how long they've been together.

5 Country Romantic Songs to make You Fall in Love 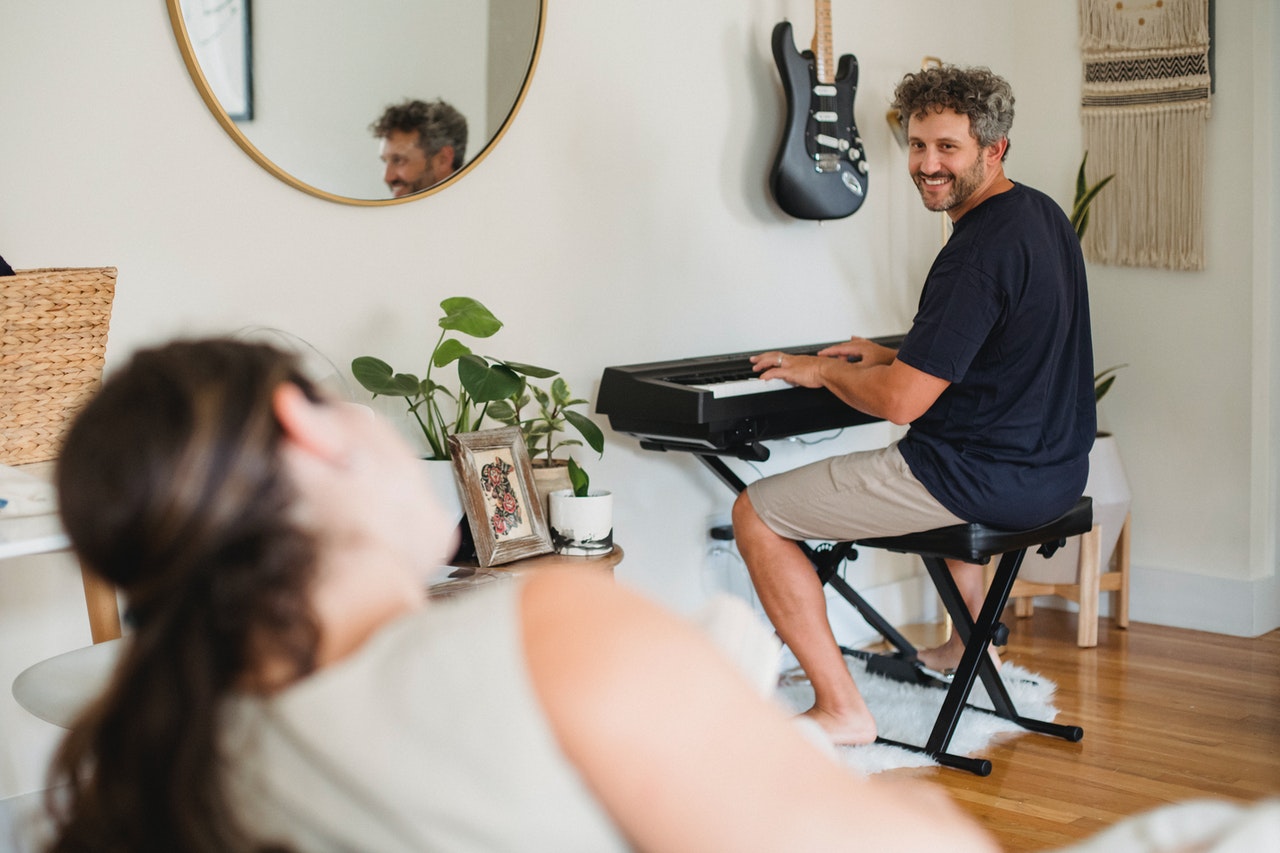 Country music may not always be the first genre you think about when it comes to romantic songs. The genre is well-known for rather depressing tunes, but some country songs are all about love. Check them out in this randomly-organized list.

Shania Twain had significant success in the late 1990s with many hits, including "You're Still the One." Released in 1997, Twain wrote the song with her then-husband, John Lange.

George Strait released this tune written by Steve Dorff and Eric Kaz in 1992. Strait has sung many romantic songs in his long career, but "I Cross My Heart" really hit it big as part of the Pure Country soundtrack.

"Every long lost dream led me to where you are
Others who broke my heart, they were like Northern stars
Pointing me on my way into your loving arms"

A popular wedding song due to its very romantic message, "Bless the Broken Road" became a mega-hit for Rascal Flatts upon release in 2000. Marcus Hummon, Bobby Boyd, and Jeff Hanna wrote the song for the group.

"Remember when thirty seemed so old
Now lookin' back, it's just a steppin' stone
To where we are, where we've been
Said we'd do it all again
Remember when"

If you like romantic songs that will also tug at your heartstrings, then give "Remember When" a listen. Alan Jackson did an amazing job writing about the ups and downs of a life-long love on this 2003 hit.

"Our song is the way you laugh
The first date; "Man, I didn't kiss her, and I should have"
And when I got home, 'fore I said "Amen"
Asking God if he could play it again"

"Our Song" takes us back to when Taylor Swift was a young, naïve country music singer telling tales using only an acoustic guitar. Swift released this song she wrote and sang in 2007.

Do you agree with our list? Can you think of other songs that you would add? We know we didn't come close to listing all the great romantic songs out there.